The 70MHz band is increasingly recognised as being appropriate for amateur allocations. In the CEPT area this progress is now recognised in the European Common Allocation table by footnote EU9 which states: EU9: "In a growing number of CEPT countries, parts of the band 70.0--70.5 MHz is also allocated to the Amateur service on a secondary basis." In addition it is worth noting that there is some experimental access on a national basis in the range 69.90 - 70.0MHz in cases where 70MHz is not available.
It is also worth noting that the calling frequency for the UK and Northern Ireland is 70.450 where as in the south of Ireland 70.2625 is often used.
Also there are various nets around the country and 70.400 is frequently used along the east coast. 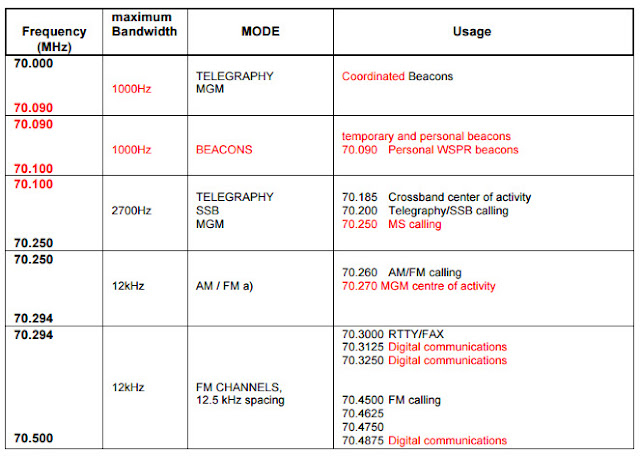 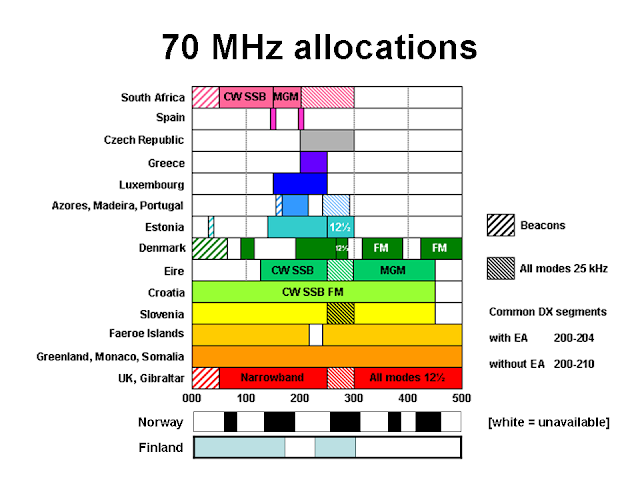