The PRM80 series of radios. 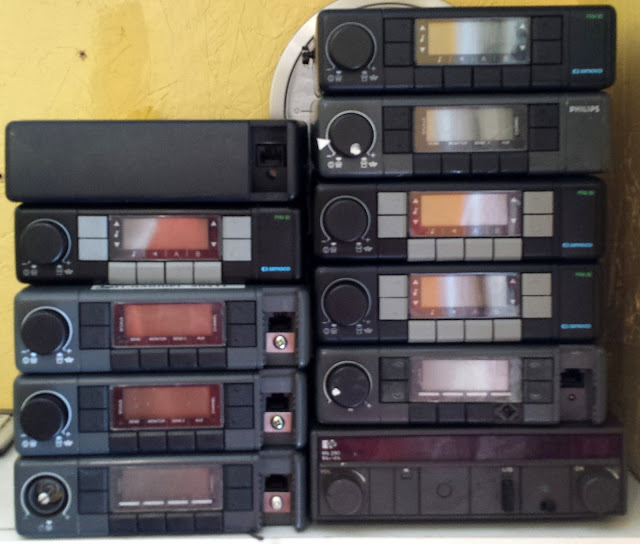 These are more modern day units (circa 1989) which offer a plethora of features all customisable with software, remote head or single piece units, 10, 64, 100 or 200 channel units, and trunking variants were available, too.  Alphanumeric channel names were available on one model, the 8040.  All this in a radio that is somewhat smaller & lighter than the FM900, modern-day styling, highly interference resistant and very sensitive to weak signals.  The PRM80 series of radios have been replaced by the Simoco 9000 series radios, though the PRM80 series continues to be supported.

The PRM80 family consists of: 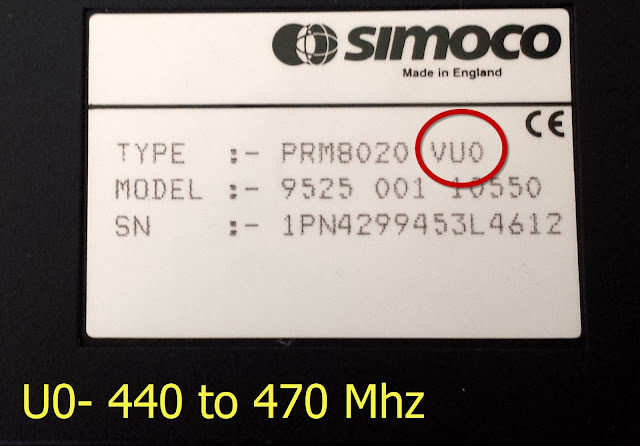 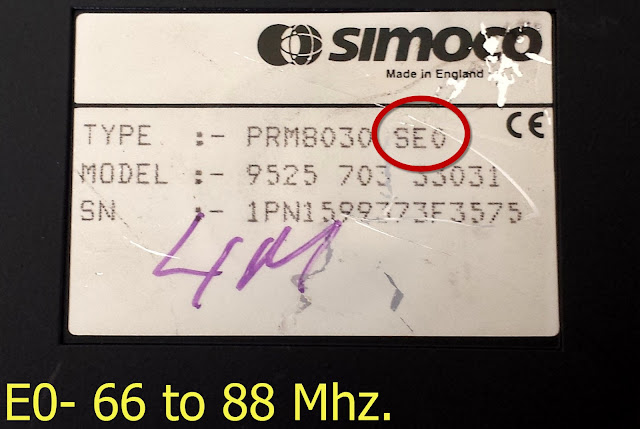 Dedicated trunking units are also available, but are not much use to us in this form.
They cannot be used as standard two-way radios (i.e. PMR mode), although with replacement of the firmware EPROM, they can be used as a normal PMR radio. Other mods are required (0 ohm SMD resistor jumpers) to enable SelCall signalling.  Models included 8025T (curiously labelled as 8020T), 8030T, 8041T, 8042T, 8060T, 8070T, and supposedly a model that looks like an 8010.  Certainly a dual mode unit can be transformed into a single mode unit by replacement of the EPROM and altering some jumpers - not that there is much point in doing this, because the dual mode units can be programmed in PMR mode anyway. 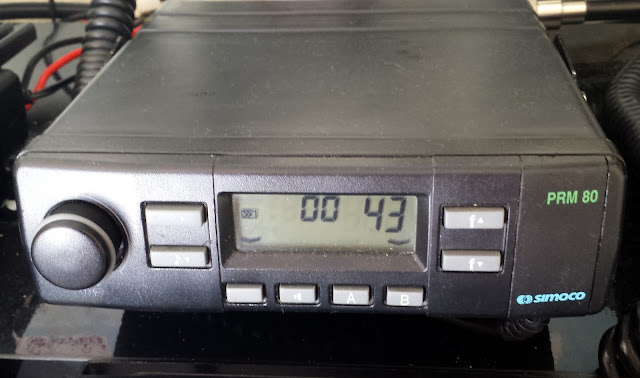 Various options are also available, such as:
*6 digit local or remote heads - used to upgrade a PRM8030 or 8020T from a 4 digit head
*DTMF microphone - can be connected to any of the PRM80 family to transmit
DTMF tones, useful for those radios that do not have built-in DTMF capability.
*Controller (keypad) microphone - looks almost identical to the DTMF microphone,
but can be used to obtain extra functions on the radio, and directly enter SelCall numbers etc.
This microphone will only work on 6 digit heads (i.e. 8025 or 8030 with the optional 6 digit head)
*Power supply & console unit (for 'base station' use)
*Power supply & remote console unit for remote control base station use.
*Modem card (for transmission of data, and programming the radio personality)
*voice synthesizer card for trunking operation
*quick release mounting bracket
*cross band repeater cable kit
*hands free microphone set up
*covert microphone
*telephone style handset
*transportable kit
*alternate speakers