It was all so different back then.

Back in the early 1990’s I got my hands on a beautiful Tri Band Kenwood TM-741E, the one I got had the following modules in it, 6m, 2m and 70cms (FM only). It was a wonder to behold as it had three volumes and squelches, truly three radios in one.

Around the time I had that radio I was experimenting with 4m AM using Pye Olympic’s which ran between 8 to 10 watts depending on how well they could be tuned up and how stressful their lives were before they came to be in my possession.
I used the Pye Olympic into a folded Di-Pole on the chimney with great success, contacts from all over EI as well as GI and UK as well as Gibraltar. 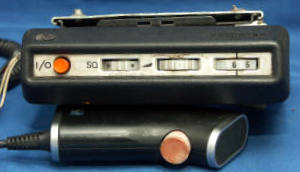 Also when I was mobile I used a Pye Reporter for 4m AM on 70.260 with great success.
The funny thing when I look back is that the Kenwood was opened up for extended TX/RX and would transmit and receive on 4m FM at around 35 watts.
As I said the” funny thing” and here it is, back in the day we were only using AM and on 70.260 as well, one channel was all that was needed, what did I need 4m FM for, that was no good, who ever thought of using FM on 4m?????
In those days there were only a few countries using 4m, not like today.

Also I had a transverter (cannot remember who built it) this transverter worked from a 2m input and 4m output, I used a Yaesu FT-225RD all mode radio. I do not think I used the transverter too much either, I think I sold it or gave it away, whoever would use 4m SSB anyway….????
Ah,how I look back at those early days and give myself a good kick in the backside for doubting how 4m would take off in the next 20 years!!!