I wanted to assemble  a very compact transverter, as companion to my FT-817, to operate portable or with 'backpack'. The choice was made for the 10 m - 4 m transverter offered by UT5JCW  together with the mating interface/attenuator PCB.

The parts arrived from Ukraine by airmail about 5 days after being ordered, and  Sergei had hereby arranged for import duties exemption.

The kit consists of 2 very compact and professionally assembled PCBs, mostly with SMD components, readily tuned to frequency. The transverter PCB must be mounted on a small heat sink, this will as well act as 'chassis ground' - so mount the final MOS FET transistor directly with no insulation. As the transverter only needs about 1 mW of drive, the interface/attenuator board (30 dB) is required when connecting up with the HF rig output (10 ... 15 W) 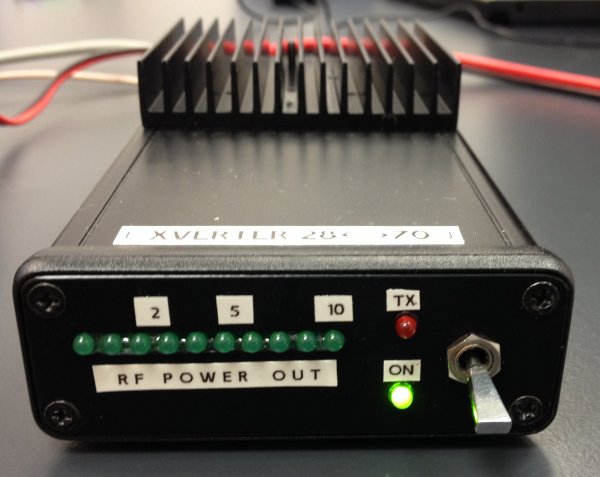 For the FT-817, only 20 dB attenuation was required, so I simply removed R19 - R25: now the transverter was fully driven, with about 1 W out on 28 MHz, providing 10 ... 12 W out on 70 MHz, as advertised. An advantage of the attenuator board is as well that, when the transverter is not in operation, the HF is simply passed through.

The output MOSFET is a RD16HHF1, biased at 60 mA idle current, providing a clean output signal and barely heating up during operation. The 70 MHz front-end is a BF998, performance in RX in comparison with my regular OZ2M transverter was almost as good, with no birdies or spurii noted.

The only drawback noted was the offset of the transverter: as this is a low-cost development, the conversion is based on a cheap 'PC-grade' X-tal of 21 MHz, doubled to 42 MHz - but I noted an offset of 7 kHz ! By inserting a capacitor in one X-tal lead, I was able to adjust this to 5 kHz, which is more handy to take into account when tuning on the frequency... 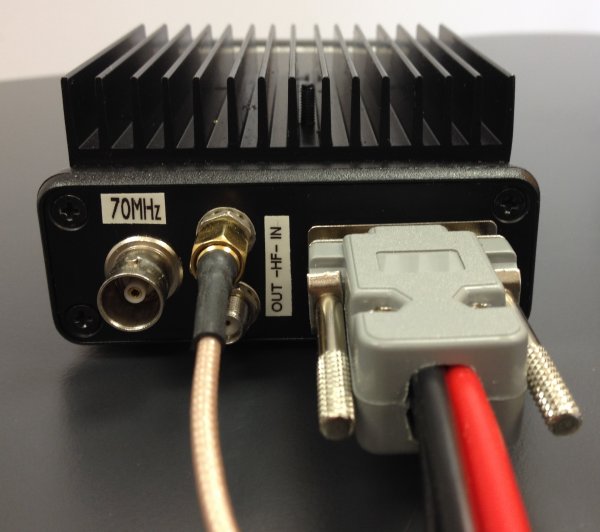 Different tests on air on 70 MHz with the FT-817 and transverter, in FM for local chats and in SSB for DX during Es, have showed that the kit performs well.

So, all by all, a very positive evaluation - this might not be the 'ultimate transverter', but the very interesting cost / performance ratio and extremely compact size will sure allow many HAMs to make their first steps on 4 m.