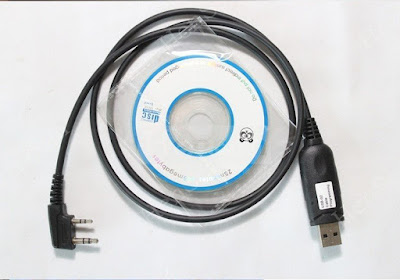 Frustrated with that generic programming cable?
This $2 solution might just be your ticket to sanity.
Let’s See…

You purchased a radio and programming cable, loaded the software, and that’s as far as you’ve gotten. You’re fighting with error messages:
– Radio did not respond
– Could not open COM port
– Run Time Error
and Windows (TM) 10 keeps changing your drivers.
Now you do what many owners do. Put the radio in the drawer to be worked on later. This is like buying a roll-away treadmill and putting it in the closet until the next time you want to exercise. (NOT going to happen)
But wait, yours has the company name and logo right on the cable.
– It doesn’t matter. Keep reading.
There are a few options available, such as an FTDI cable. It’s truly Plug ‘n Play, and costs about $20.
But here’s a project that just might solve the issue for around $2. All you need is a small flat blade screwdriver, a soldering pencil, and a CP2102 board.
CP2102
The CP2102 is a USB to TTL UART chip. What?
Long story short… It’s the same thing that’s in your current cable now, except these work.
CP2102 boards can be found on eBay for around $2 and on Amazon.
Here’s How

Let’s start with that original cable. 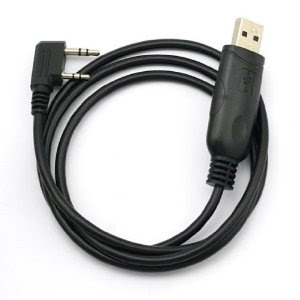 Take a small screw driver and pry the open the case from the back where the cable enters.

It should only be snapped together. 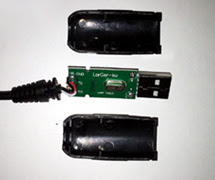 Unsolder the 3 wires connected to the board.  GND is Black, TX is Red, RX is White.

Solder the 3 wires to the corresponding terminals on the new board.

Note 1: Some boards may have the TxD and RxD reversed. If it doesn’t work the first time, reverse the two wires. No damage has been done.
Note 2: Some boards have pins on the back requiring small connectors. You can either remove the pins, solder to them, or use the connectors. (Whatever floats your boat.)
Driver
When you insert the new board into the USB port, give Windows a chance to find and load the new driver. Should take about 30 seconds. When it says Driver Found, you’re done.
If the driver is labeled CH340 instead of CP210x in Device Manager, that’s not a problem. Both chips are designed to do the same thing.
But I don’t have a Cable
If you don’t have a generic cable, you can use 2.5 and 3.5mm stereo jacks. Here are the pin outs, and what Jim’s (KC9HI) cable looks like. 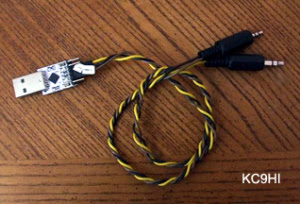 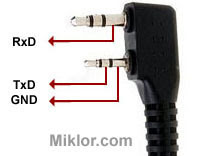 Cosmetics.
If you are adventurous, try retrofitting the new board inside the original plastic housing. This will require a Dremel tool, X-Acto knife, Glue, and some patience, but it can be done.
If the board only has 5 terminals instead of 6, it’s not an issue. You only need GND, TX and RX.
Some come protected with a piece of clear heat shrink over the board so you can see the cool blinking lights.
Note 3: If you are trying to retrofit the board inside an existing shell, the red board below is a bit shorter and easier to fit.

For about a dollar or so more, you can find the same boards in a metal case.

What’s the Advantage?
– First and Foremost, it works. Take the radio out of the drawer, program it and have some fun.
– Next, it only cost around $2 to save the generic cable from the trash.
– Very Important – Bragging Rights. Now, when you go to a club meeting and someone says they can’t get their cable to work, tell them they can build their own, just as you did.
I hope you had fun with this project. It’s super simple and very rewarding. I’ve made several and never had a failure. Say goodbye to driver issues.

Thanks to Jim KC9HI for his input on this project.
Posted by EI4DIB at 15:39