Disabling the 150Hz tone from the Clansman PCR-351/2 by Andrew EI3FEB.

The Clansman PRC-351 is a military VHF Man pack set that was manufactured for the British Army in the late 1970s. It is fully synthesized and covers 30 - 76MHz in 25KHz steps, making it suitable for the Amateur 6 and 4 meter bands. Power output is 4 watts of FM, however an optional 20W clip on module is also available.

With the British Army's move to the newer Bowman series of radios, many older Clansman Series are becoming available on the surplus market at reasonable prices. The basic unit is available for less than 50 Euro although a further expenditure of 20 Euro for a 24v/1AH battery and 15 Euro on a Clansman headset would be required.As this radio has a BNC socket in addition to its 1.2m whip antenna, it was possible to connect it to an external 4m half wave antenna enabling contacts with Michael EI3GYB and Arthur EI7GMB covering distances of 40 Km and 15 Km respectively. Due to the set's 25KHz channel spacing the 4m it does not cover the calling frequency of 70.2625. Contacts were scheduled via another 4 meter set before QSYing to a channel available on the PRC-351.

There was a notable presence of a 150Hz  tone superimposed on the transmitted audio. This is due to the military tone squelch used by US and UK military radios. A Google search led to the PRC-351 Yahoo Group which had instructions on how to disable the tone squelch. 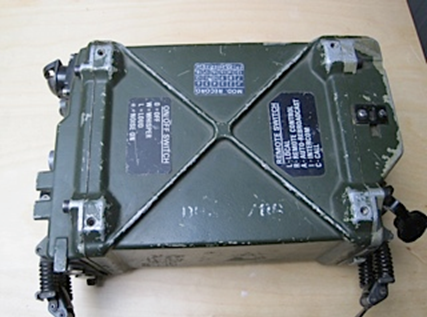 Disconnect the antenna, accessories, and battery.
The battery is held by the spring clips seen on the bottom of the set. 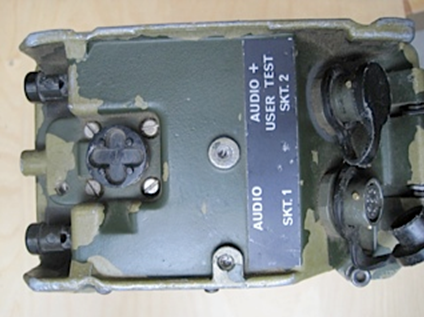 Open the 4 Allen Bolts on the side of the set containing the audio sockets. 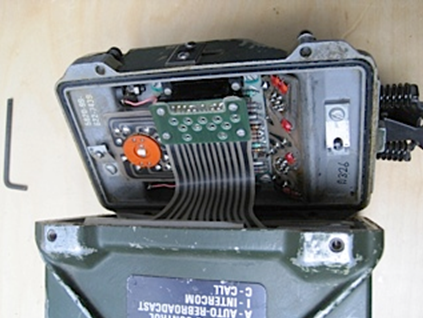 Carefully remove the end panel of the radio.
It is connected to the main radio body by a fragile ribbon. 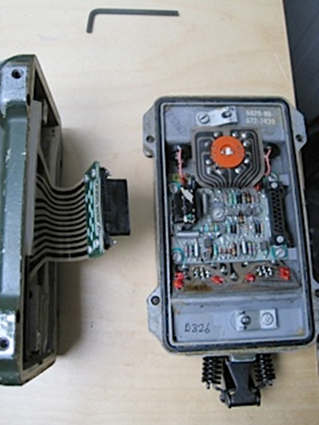 Remove the connector joining the end panel to the radio. 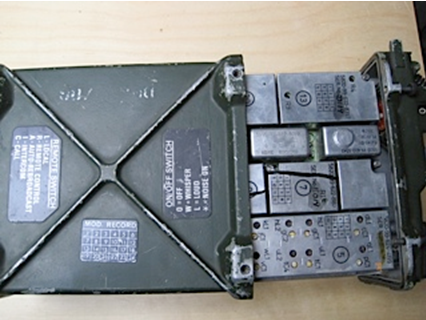 Remove the 4 Allen Bolts on the control panel and slide the radio out of its housing. 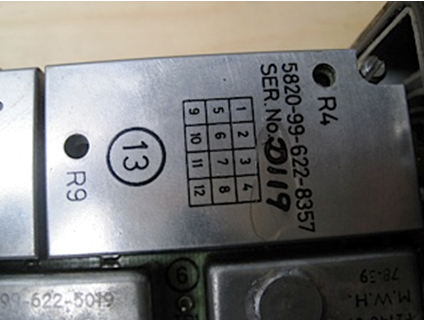 Locate R9 on Module 13 - this is the preset resistor that adjusts the level of the 150Hz tone. 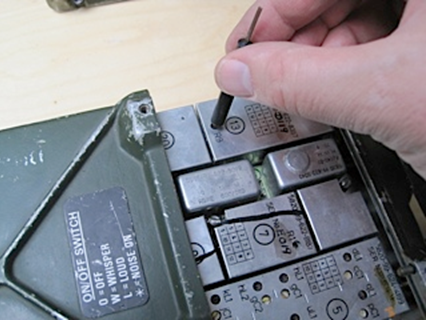 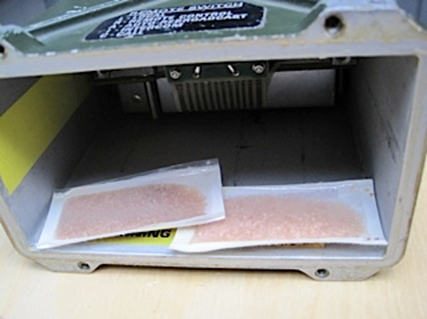 Re-assemble the set taking care not to tear the sachets containing desiccant which prevents condensation inside the set. 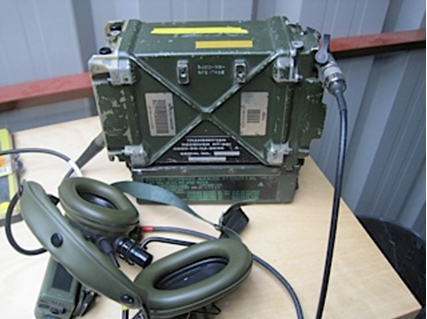 Subsequent QSOs confirmed that this modification had disabled the 150Hz tone. On air tests revealed that this set had a sensitive receiver and the FM audio quality was comparable if not equal to other PMR sets tested.

A back pack frame is available to carry all of the components of the set whilst it is fully operational. It is possible to acquire a canvass ruck-sack which performs a similar function. The canvass ruck-sack along with a trailing wire antenna was designed to disguise the radio thereby making the operator less of a target in the field.

Special thanks to Andrew EI3FEB for his work on this transceiver.
Posted by EI4DIB at 14:52