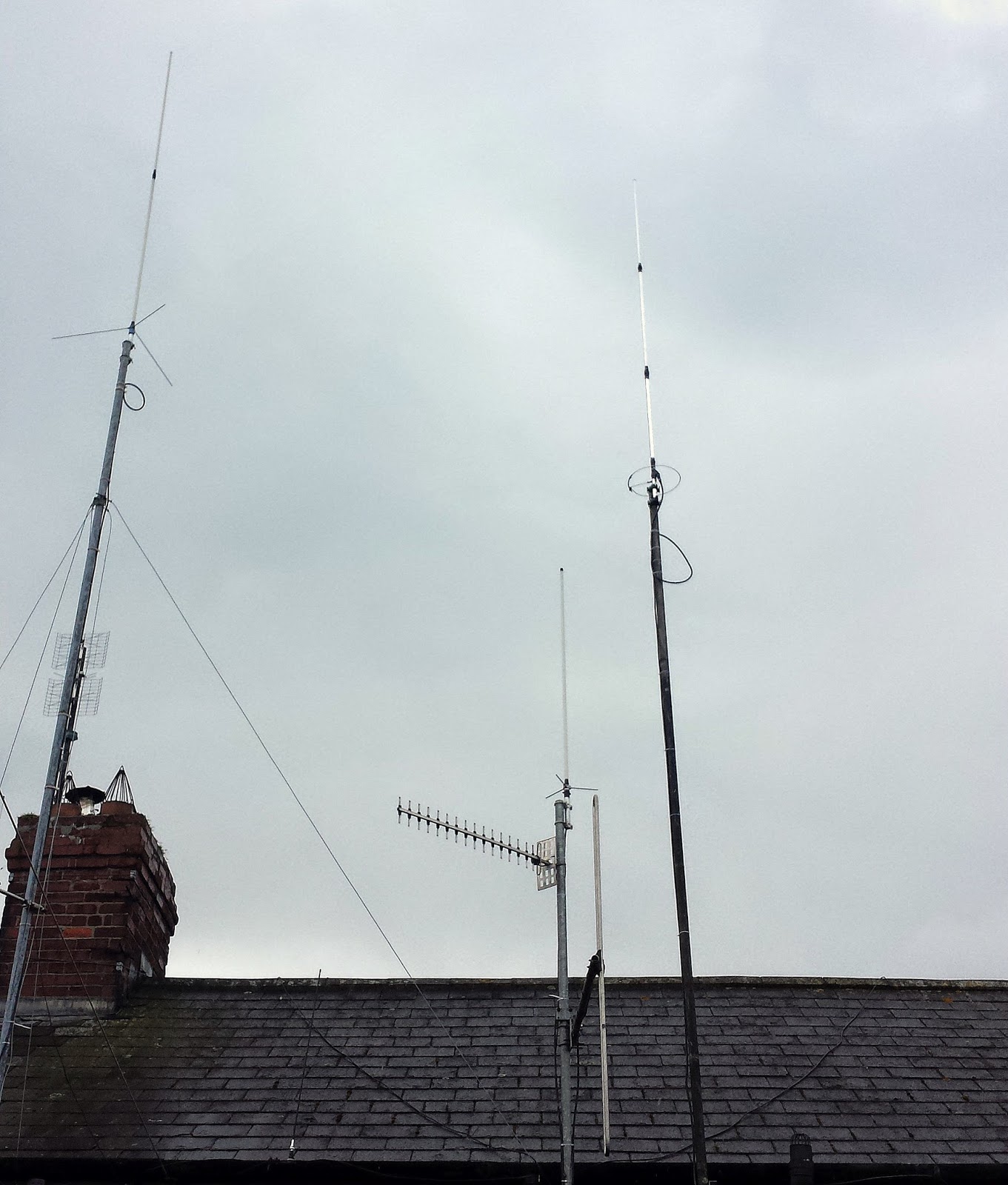 Recently my Sirio CX-4-68 70 Mhz antenna got damaged and needed to be taken down and fixed or replaced. I have used the Sirio for a few years now with great results, so I decided while I was getting around to fixing it I would try out a different antenna. I picked the Sirio Ring Base antenna from Sandpiper, this is a 5/8 wave antenna with a ring on the bottom.
Being a 5/8 wave it should have similar gain: Gain on Sirio CX-4-60 is rated at 4.15 dBi and on the Sirio Ring Base is 5.1 dBi so there is very little between them.
Now for the new antenna.....
As I said it it is a 5/8 wave antenna with the radiating element (above the ring) is 2.54cm , the CX-4-68 has a radiating element of 210cm.
The construction of the Ring Base is very simple, you have the base part where the brackets for the pole and the ring part goes as well as the SO239 socket is.
The next are 2 aluminum tubes which slot into the base piece.
There is a chart for the over all measurements of the sections in order to give minimum SWR, once the instructions are followed there will be no problem.
As regards to on air testing, I only have the antenna up since last Sunday, so testing is a minimum..
Having said that I did do a test with Jim EI2HJB/M outside his house in Blackrock, County Louth and the signal was very good both ways, then to Ben EI4IN in Skerries County Dublin, he told me that my signal was much improved, I then done a test with EI2KC/M heading out to Collon County Meath and again signals both way was very strong.
It is hard to judge it so far, but I can't say if the ring base is better as the CX-4-68, it does seem to be very similar, I need to get the CX-4-68 back up and at the same height to tell if there is any difference, both appear to be excellent antennas.