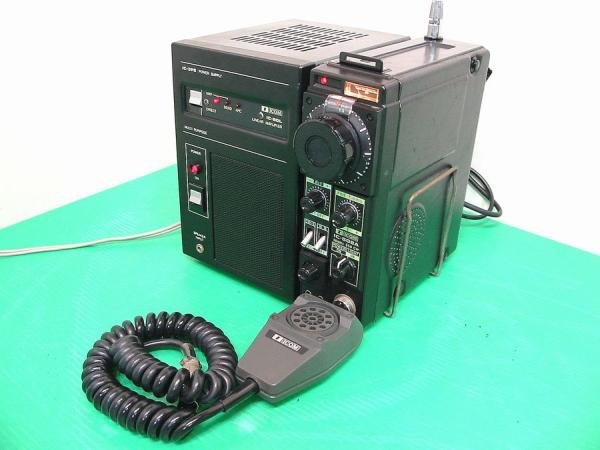 Prior to the release of 70 MHz by the Ministry of Communication for the experimental campaign I had already committed myself to this band.

After having completed a Yaesu FT 847 modification as extensively covered on the 4 m website for a friend of mine, I started building a 70 MHz to 28 MHz converter so that I could be on the band. As a subsequent project and with the help of some friends I began to build a prototype transverter based upon the DJ8S project as described in THE R.S.G.B RADIO COMMUNICATION HANDBOOK.

The prototype gave good results (pictures of modules) and after a long wait we were finally given access to the band last July! In the beginning, in order to get going properly, I tried to modify an IC-706Mk2G. Without altering other functions, things looked a bit difficult, the receiver was very deaf at 70 MHz but now works quite well, receive sensitivity is higher now having modified filters which before had a cut off frequency just above 50 MHz.

To achieve this, a microelectronic tool set is needed, mainly a magnifier or microscope. Needless to say, this modification for the ICOM is not for beginners but only for experienced and well equipped technicians.

Regarding the transmitter, I am still working on it, taking into consideration that above 60 MHz the transceiver switches digitally to V-UHF bands. A possible solution could be to use the HF-50 MHz PA to generate adequate RF power output.

To be operational on 4 m in good time, I decided to look for a modification of a simpler non digital transceiver. I considered many old 50 MHz rigs and I chose first an IC-201 for 2 m but I subsequently settled on the simpler IC-502A, brother of the well-known IC-202S.

To obtain one of these rigs was a bit of an adventure because when it was built 50 MHz was not allowed in Italy so it was never sold here. I looked on several Japanese web sites and found some at a reasonable price. Two units were bought, one for me and another one for IK0BZY along with an IC-3PS power supply and an IC-20L 10 W 144 MHz power amplifier.

It is relatively easy to do!

All modified tuned circuits were simulated prior to implementation with RFSIM99 simulation software.

Nowadays the transceiver works within the original manufacturers specifications and it is very stable, the receive sensitivity is more than adequate.

It has an RF power output of 2-3 W and a whip antenna so it can be used for portable operation or as a PA exciter. 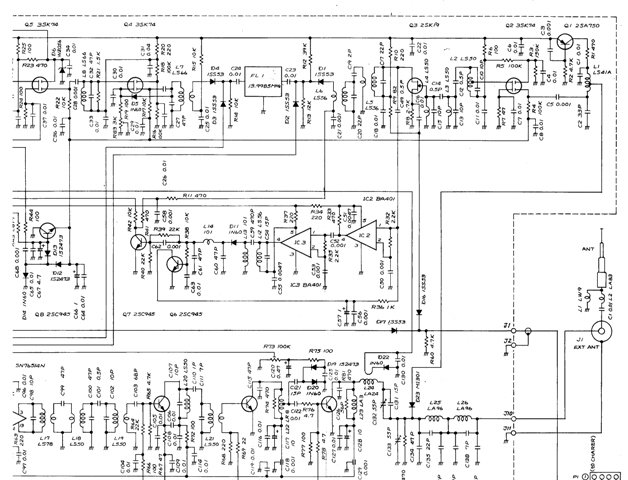 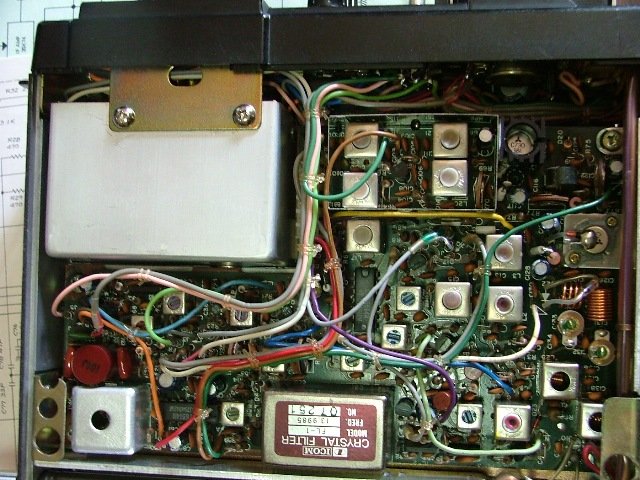 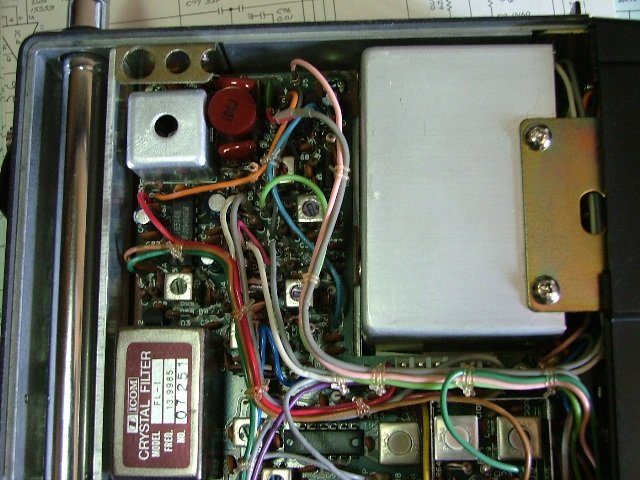 The next step was quite obvious really; in order to get a little bit more power (12 W) I modified the IC 20–L power amplifier. It was originally designed to operate on 144 MHz so to make it work on 70 MHz I once again recalculated and altered all of the input / output tuned stages and also the related output filter.

Now everything works fine and I am enjoying using it while studying the next stage of improvements for the IC-706MK2G or the transverter that I am about to complete. 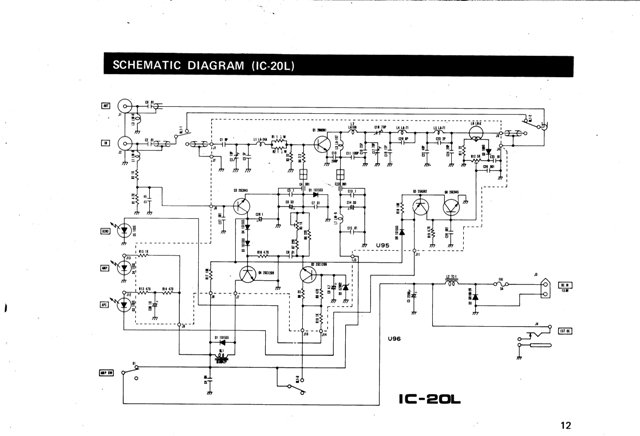