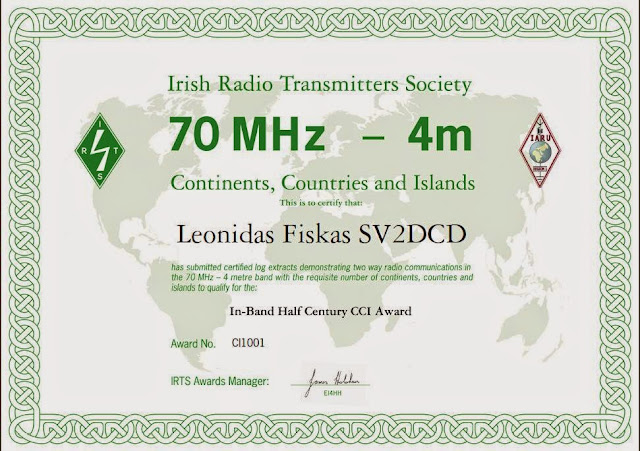 
There are currently no charges levied for the issue of CCI awards and endorsements.
Posted by EI4DIB at 10:01