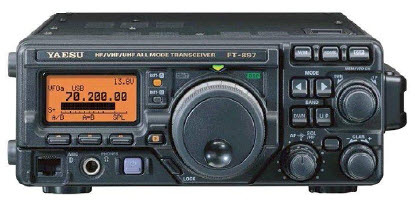 In 2010, Duane Mayberry ZS6DJM made transverter 70MHz for FT-897. On
the YouTube is a video: http://www.youtube.com/watch?v=BMIXMGaktUI
The idea worthy of attention. He used the free places for batteries. Solution good, but
not for the inexperienced amateur ! Duan ZS6DJM made the changes in the
electronic circuits !!!
My solution is different !
I do not modify the transceiver !!!
For installation transverter we will need:
ONLY SCREWDRIVER and 10 minutes !!!
First, some information about on the FT-897. Jack CAT/Linear is the perfect
to cooperate with transverter. 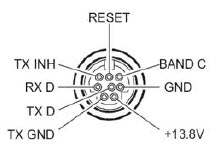 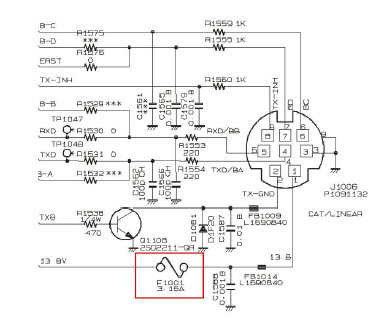 Transverter TS70-897
I used to project my earlier design transverter - TS70 in SMD version and
amplifier PA70 on RD16HHF1. They are slightly modified in terms of dimensions.
These plates are the same. 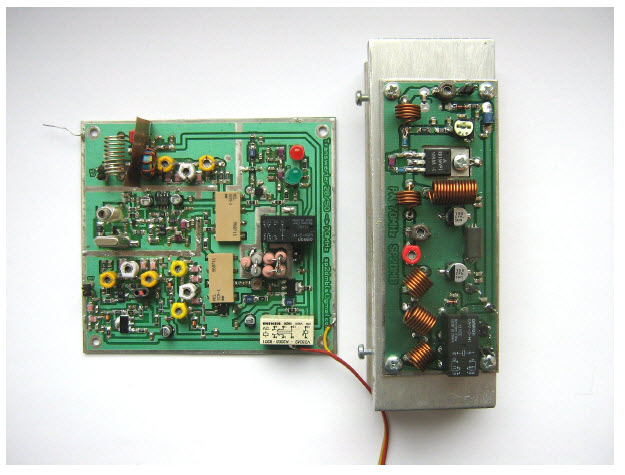 The whole is packed in a frame made of aluminum flat 25x2mm. This is an
important element, since the amount of the battery case is about 25.4 mm 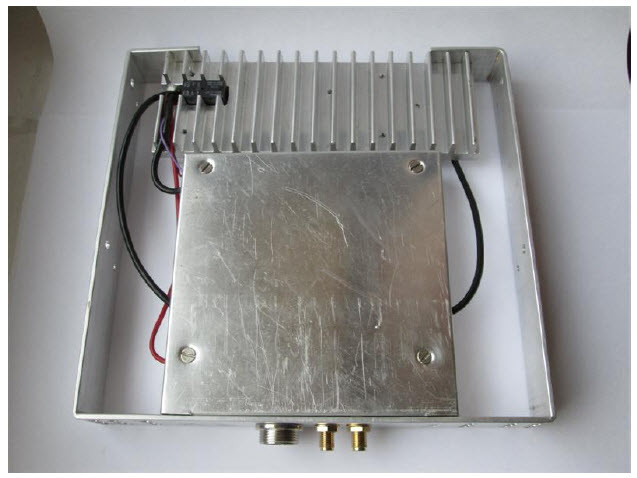 Both components are shielded and cables connected: 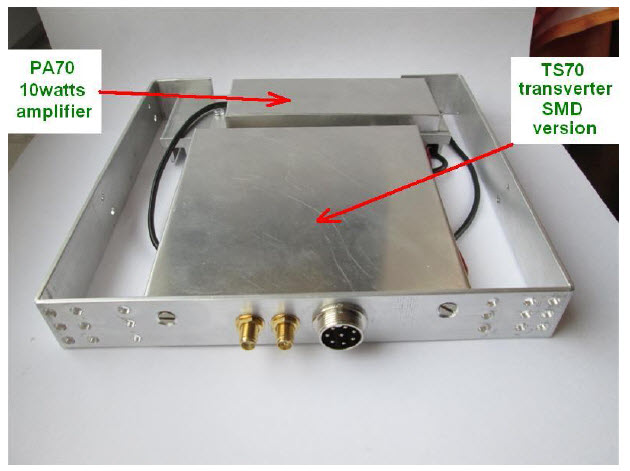 As you can see in the picture above, on the sides of the frame are drilled
holes. The amplifier is located close to the fans and therefore has good cooling.
On the back are placed three plugs: SMA (female) to 70MHz antenna, SMA
(male) to enter 28MHz in/out, and an 8-pin microphone socket for power supply,
ground, PTT and LED indicator. 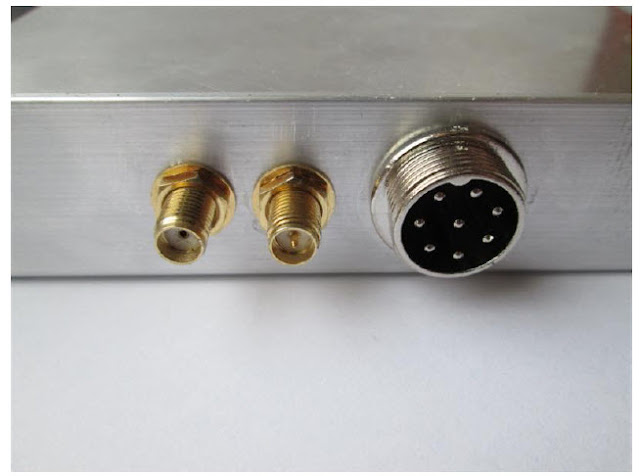 The set consists of connecting cables: 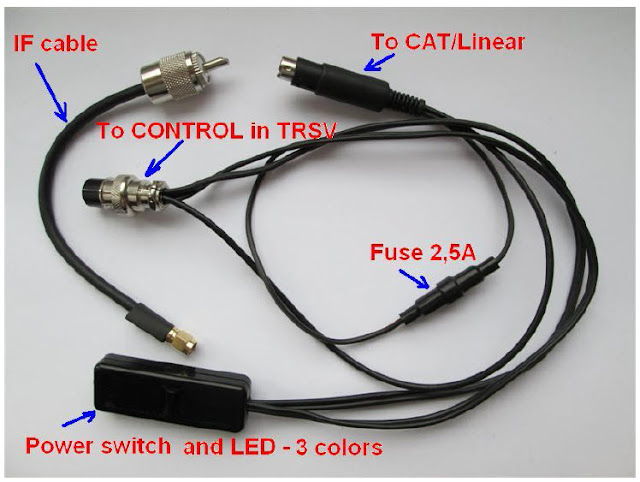 ASSEMBLING STEP by STEP
Installation is quick and simple. Just You need a screwdriver !!!
1. Take off the cover under the radio. We need to remove the six screws:

4. We use the original holes to mount the transverter to radio: 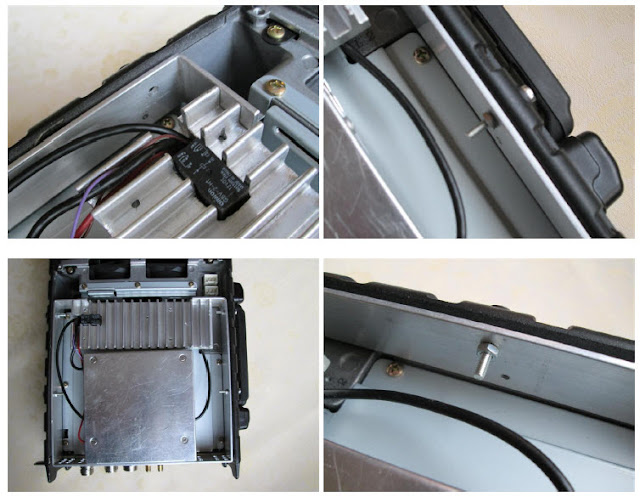 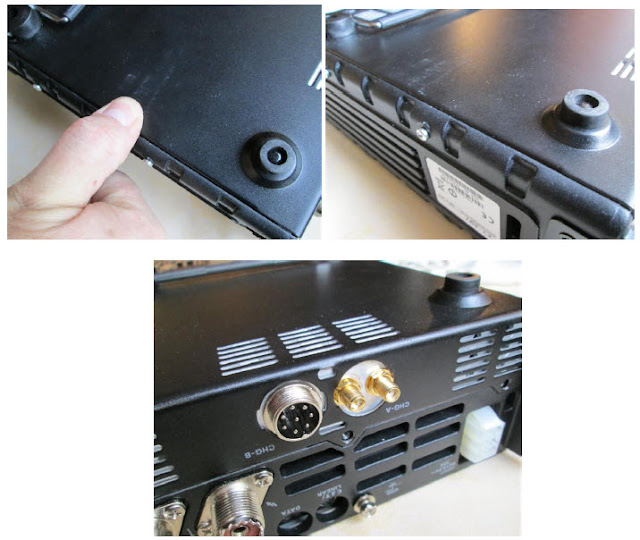 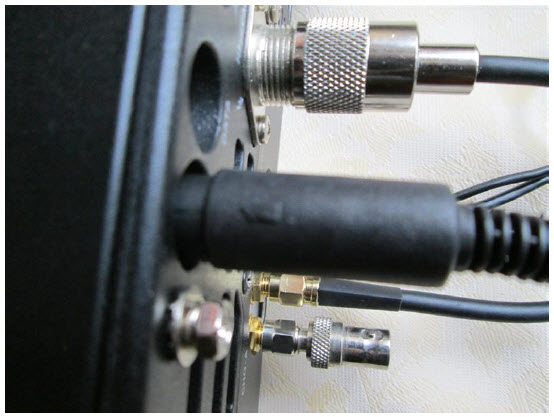 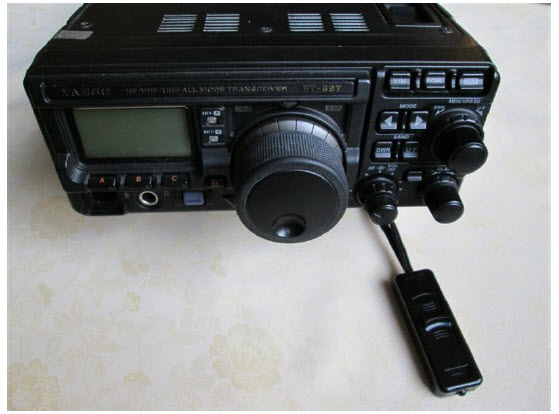 "ALMOST READY" – turn power supply ON the transceiver and reduce RF power to
approximately 5W max !!!
REMEMBER THIS !!!
Make a change in the menu - item 75 !
8. Turn on the TRX and reduce power. The indicator should show 5: 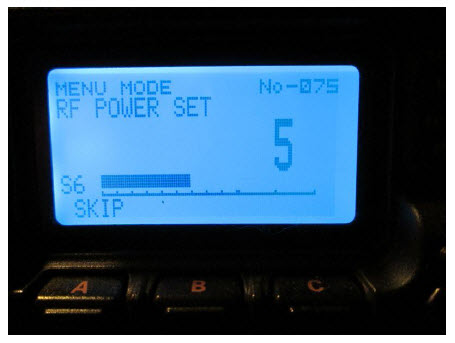 9. Go to the band 28MHz and turn power ON in transverter. The GREEN LED
lights. S-meter will swing to the half of the range because transverter have a
high gain. 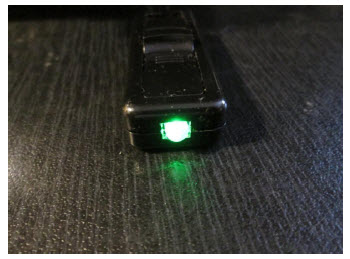 10. Set the USB and press the PTT button on the microphone. In addition to the
green LED should light up the RED LED: 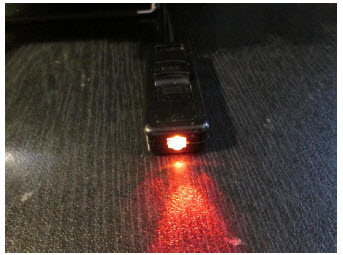 11. In the rhythm of speech BLUE LED should be blinking. It is an indicator of the
RF voltage, which is connected to the output of the amplifier PA70: 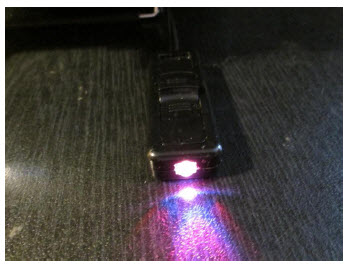 Transverter ready to operate in the 4m band !!!
Correction and frequency can be changed in MENU. See USER MANUAL.
Good luck and many DX-s at 70MHz !!!
On YouTube you can watch a video about the installation and testing on the
air with TED SP3OCC
http://www.youtube.com/watch?v=zwZ2YWJ_sFw
My others projects:
http://www.sp2dmb.cba.pl/projeng.html
Best 73 – Peter SP2DMB
E-mail: sp2dmb@gmail.com
Posted by EI4DIB at 00:30