I have started to go through am box of interesting radios and finally getting around to converting them to Ham Radio use, this is one that I am having difficulty in getting information for: It is a Simoco PRM8041.
The PRM8041 is a remote mount, 200 channel  version, with alpha-numeric display remote head, function & full keypad built in, CTCSS and variable SelCall with memory list, DTMF, scanning and voting.  Top of the line PMR unit, produced only in Australia.
I have been on the Simoco PRM80 firmware/WIKI website but the software for the PRM8041 is Unsupported. 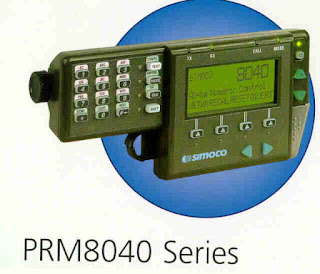 I believe that these are programmed differently than the rest of the PRM family and may need to be done via the head which I found on the internet either has a flash drive built in or needs a flash drive inserted (there seems to be a slot for such thing on the head or the radio). 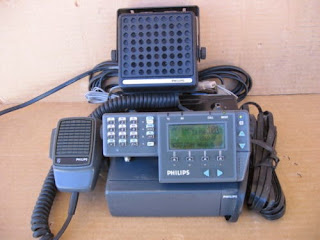 I have 2 of the radio bodies and one remote head, one day I picked up the second radio body and decided to plug in the head, just to see what was on it, when I did this the head looked like it was programming the body, when it was done both 8041 bodies have the same channels/CTCSS tones etc..
This looks like that If I can program the head I would be able to reprogram any of the 8041 bodies just by plugging in the head!!

So if this is true all I need is to find where I can get either the whole programming software for the PRM8041 or some way to changing what is in the PRM8041 remote head... if anyone has details could they please send me information to my email address: ei4dib@gmail.com.
Many thanks.