Simoco PRM8041 up and running. 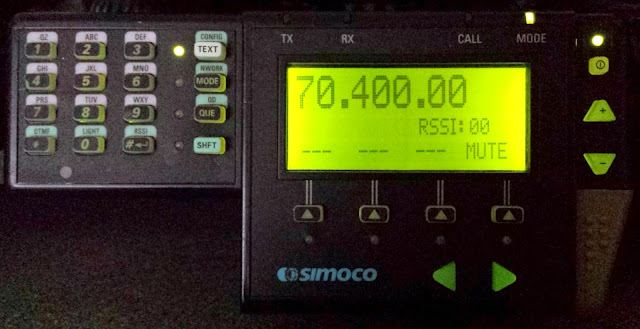 Recently I posted that I was looking for help with programming a Simoco PRM8041, the Simoco is an unusual one in that it is not widely used over this part of the world.
I put my post on a ham radio Facebook page in Australia, seeing that this type of Simoco was originally  made for the Australian market.
One of the guys who read the page sent me a message that he had the software that I needed and that he would be willing to send me a copy.
So he sent me a link as to where I could find it and I downloaded it and put it on my very old Windows 95 computer.
The software itself dates back to 1997, so you can imagine how old the radio is!!! 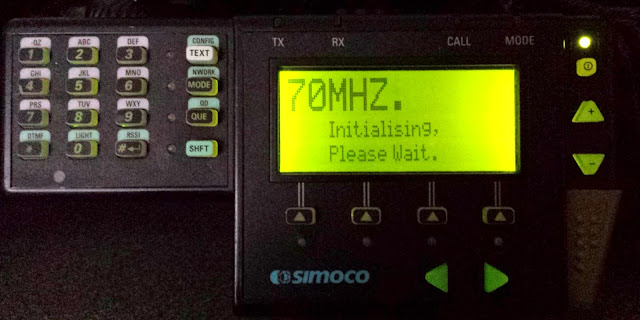 After I played around with the software, it is very similar to the PRM80 and PRM8030, I managed to figure it out!!!
The radio needed to be programmed via the Control Head, which is different to what I normally do with the Simoco's. The software required me to do two sets of programming, one for the control head and the other for the eprom.
Now here is the unusual thing, once I had it programmed (with 20 popular 4m channels) I decided to plug the Control Head into a second PRM8041 body that had PMR frequencies on it, the head automatically reprogrammed the body to work on 4m,
So there you have it, with many thanks to the guy in Australia with the facebook name of "Yobbo Muller" I have the Simoco PRM8041 up and running on 70Mhz...