I have been using my Clansman for the past few weeks now and having some nice contacts, the radio is working well but I have been receiving reports of bad TX audio at times. There is intermittent “rustling” like a paper bag blowing in the background.
I had a look at the PTT of the handset and sure enough this had dust on it but was not the problem.
After a long and exhaustive search (about 5 minutes) I discovered that when I moved around the lead going from the handset to the radio the noise appeared and if I kept that lead perfectly still then the noise was gone and my audio was perfect.
So the noise was either being caused by fatigue in the curly lead or the pins on the plug going into the Clansman were worn. 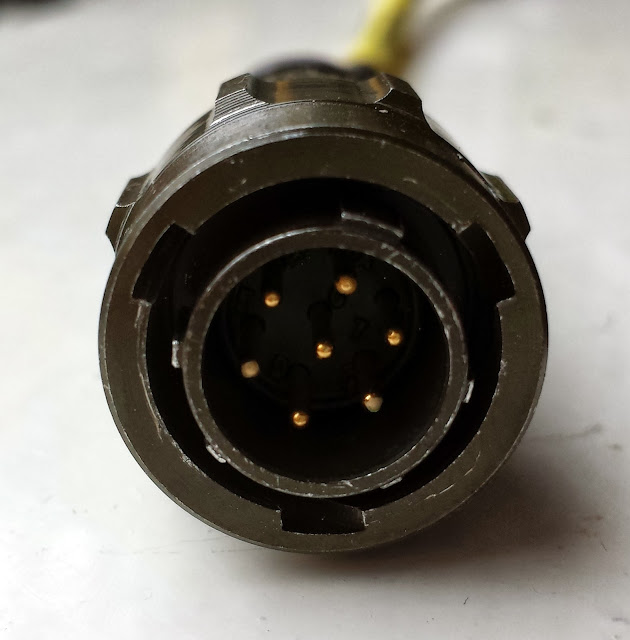 I had a look on eBay and found a guy selling 3 brand new 1.5m long, never used straight handset leads with plugs attached for €15.00 including postage to Ireland.
So I done a “Buy It Now” and had them in a week.
When they arrived they were still in their sealed packs, as the seller said, brand new (old stock) never opened..
I opened one of the packs and seen that they were tagged for use with the handsets. 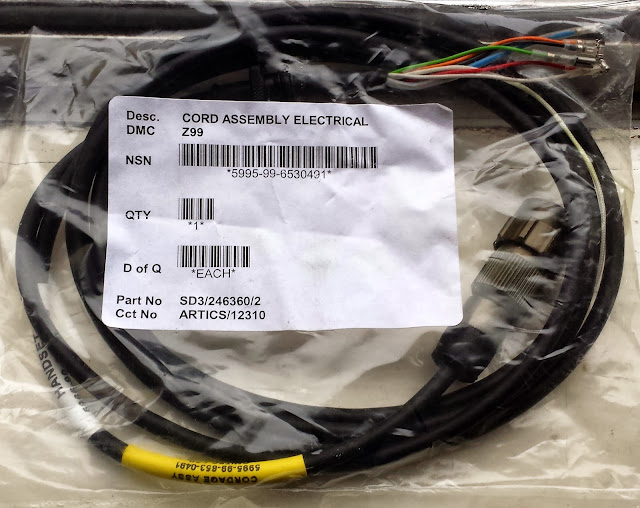 I also noticed that 5 of the wires have a round piece on the end and a green wire had a small spade connector, there was also a string which is used to tie off inside the handset so that the wires are not pulled from the connectors. Also on the lead is a piece to screw into the bottom of the handset which keeps the cable tightly in place.
I got my soldering iron ready, warming up on the desk, I then set about opening the back of the handset, there are eight flat head screws holding this down and on the bottom there are four screws, also the retaining piece that holds the cable tight needs to be unscrewed.
As the soldering iron was still heating up I did a sketch of the inside of the handset so that I would know where all the different wires would go, the coloured wires on new lead  matched what was already in the handset, this was going to be easy. As I was taking note of the colours I noticed that there was no solder on the pins that the wires were attached to, so with a small flat head screwdriver I tested one of the wires and sure enough it lifted off the pin, so I promptly lifted the other wires and unplugged the small spade connector from the microphone, the string was attached under a small retaining screw just above the wires.
No soldering needed, happy days!!!
The old wires and string were fed out through the bottom of the handset, I found this to be easier if there were taken out one by one due to the connecting rings on the top of each wire. 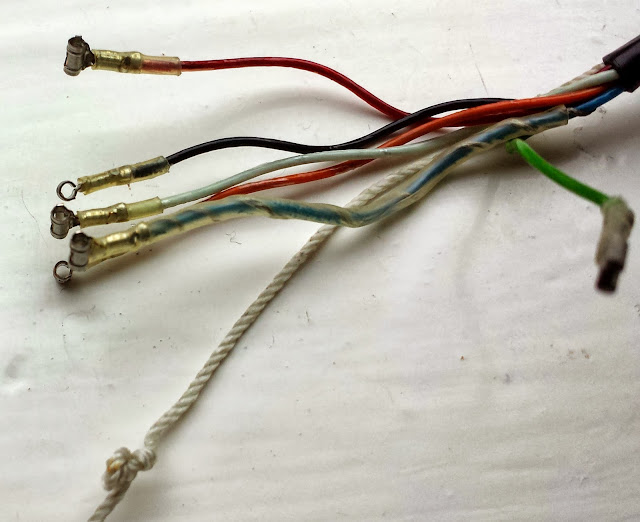 I then inserted the new lead through the bottom of the handset, in reverse order one wire at a time and pushed down the wires over the pins, these are a tight fit so the flat head screwdriver was called into service again, I then tied up the string and replaced the back and bottom of the handset, after which the retaining tensioner for the lead was tightened up. 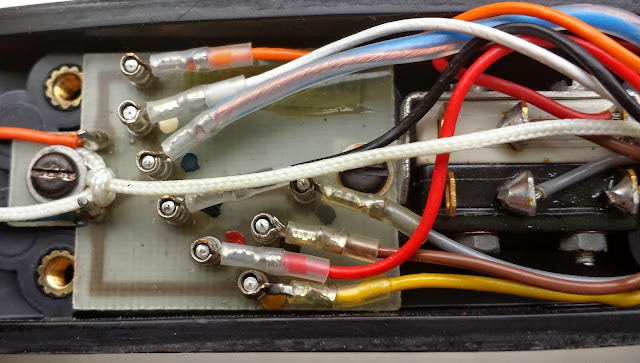 After all this was done, which only took about ten minutes, I tested the handset with the new lead, monitoring myself on another radio, the audio was perfect, even while swinging the new 1.5m lead between the handset and the radio like a skipping rope.

I have to say that while doing this I have to admire the research and development people who put this radio together, there has been a lot of thought put into the making of this radio, after all if the handset lead gets damaged while the radio is being used on active duty there would not always be a means to repair it so easy, the idea of just opening the handset and “popping off” the old lead and being able to replace the whole lead in a few minutes  is great, wish it would be as easy for our ham Radio equipment……
Posted by EI4DIB at 11:20